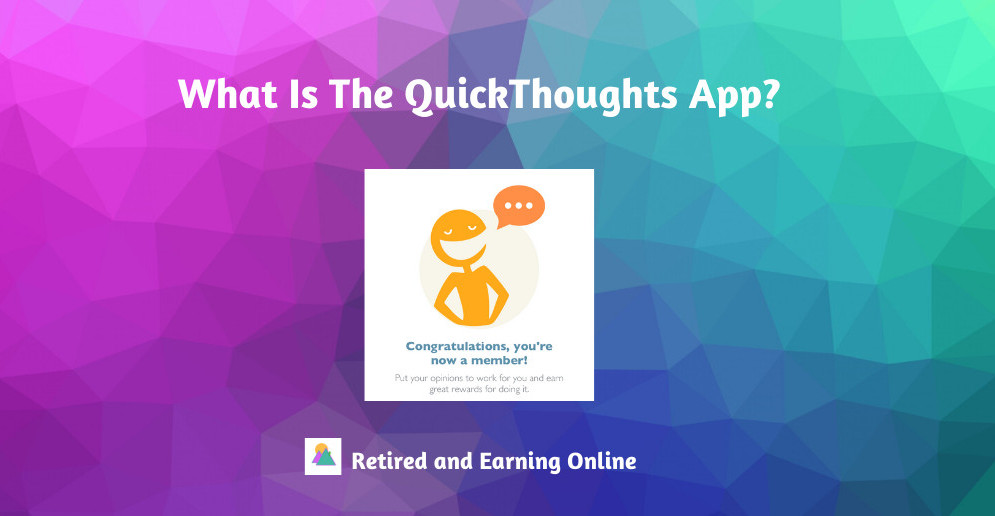 After overhearing bits and pieces of a conversation about QuickThoughts recently, my ears perked up, and the questions started popping. Just what is the QuickThoughts App, and how does it work? Is this a legitimate opportunity to make some money from home?

My fascination with making money online started several years ago after retiring from my job, and suddenly finding myself with a lot more time on my hands. Furthermore, my obsession has only grown over time with the realization that there are a ton of options for earning money on the Internet.

Right now, interest in online earnings opportunities is exploding as we all struggle with the bizarre lifestyle changes brought about by the current pandemic. It makes perfect sense that folks are eagerly seeking ways to be productive while largely confined to their homes.

You’re wondering if the QuickThoughts App is something worth trying, right?

What is the QuickThoughts App?

QuickThoughts is primarily a mobile survey app that lets you earn gift cards for sharing your opinions on various goods and services. The App is available for both IOS and Android devices and was launched in 2013. Anyone 18 years and older can sign up for free.

Dynata (formerly known as Research Now and Survey Sampling International) is the market research firm that owns and operates QuickThought.

According to the App Store description, there are thousands of surveys you can attempt to qualify for and complete. Additionally, there may be local “missions” you can undertake that require you to travel to a retail operation in your geographic area and perform tasks like taking photos or engaging in mystery shopping.

Both brand name companies and local operations need customer feedback to better align their product offerings with what consumers desire. Surveys are designed to capture consumer input from individuals who are likely to be part of the target market for a specific product.

Producers are willing to pay for relevant insights. QuickThoughts and similar survey platforms earn fees for attracting consumers, gathering demographic data, and administering surveys. A portion of the fees collected is then paid to survey takers.

Most completed surveys pay at least $1, and some may pay as much as $3. But, they also have shorter Pop Rewards surveys that seem to pay $0.40.

How Does QuickThoughts Work?

Depending on your smartphone, you download QuickThoughts from either Google Play or the App Store. Signup is an easy process of providing an email address and creating a password. So, you’re up and running in a minute or two.

Unlike many other sites, QuickThoughts does not give you a sign-up bonus. But, they do immediately have you complete a short survey (8 minutes) with necessary demographic information. I received $1 for this initial questionnaire that instantly appeared in my account.

That initial task worked flawlessly, and I was somewhat impressed. But the positive vibes didn’t last long. When I attempted a second survey, the App stopped responding about 10 minutes in, and I was unable to progress. So, I had my first interaction with Site Support within an hour of joining the community.

It took the help desk about 24 hours to get back to me, and I can’t say their response helped at all. Ultimately, I had no choice but to hit the Cancel button and lose the time I had already invested. Frustrating!

The QuickThoughts user interface is a very simplistic one. The image on the right shows the screen you can expect to see when you log into the program. On one occasion, when I logged in, there were two specific surveys listed in addition to the “Find a Survey” button, but this is the main screen I typically see.

I have had some success in my 4 days of membership. As you can see, my account balance is $5.90. They do pay you $0.10 for surveys you start but are unable to finish due to disqualification. It’s not much, but it’s better than most sites which pay you nothing.

Do they really have thousands of surveys?

Maybe across all locations, they do. QuickThoughts uses GPS tracking and displays only the surveys available in your area. Opportunities are also limited because of your demographics.

As a senior and a retiree with no children in my household, I’m not a good fit for a lot of products that have a very different target audience. I get that my viewpoints are not useful when it comes to products I’m highly unlikely ever to buy.

Even so, I’m a little skeptical when it comes to survey volume claims. Hours go by where there’s nothing at all available. Alternatively, I could go to a site like Rewarding Ways and see dozens of surveys to try at any given time.

I haven’t seen any of those $3 surveys yet. But, on the plus side, I have answered several for $1, and I got credit immediately. I find the idea of the local missions kind of intriguing. But with restaurants and most retailers shut down right now due to the Corona Virus, I think I’ll be waiting a while to see those activities/

How Do You Get Paid?

Payment provisions are quite unique on the QuickThoughts platform. After joining and reviewing more than 30 different survey and rewards websites, I was stunned (and disappointed) to see that the gift cards you earn are dependent on the type of device you use.

Before joining, I saw a bunch of reviews that talked about earning Amazon gift cards. I would be cool with that. My first preference is always cash through PayPal. But I routinely shop on Amazon, which means those gift cards come in handy.

Unfortunately, one of the first things I discovered on joining is that you have to have an Android device to cash out in  Amazon cards. I have an iPhone, and my only choice is an iTunes gift card. That may work just fine for you, but it’s not appealing to me at all!

The minimum threshold for a payout is $10, and gift codes are delivered electronically.

I always take complaints with a grain of salt. For a variety of reasons, you will spot complaints about every survey or rewards site on the Internet. To some extent, it’s just the nature of the beast. Programs like QuickThoughts are just a way to earn a little extra spending money.

It’s not possible to earn a livable wage on survey sites because rates of pay, even on the best sites, are low relative to the time you have to spend. That’s true even if you don’t have to contend with few surveys available or the inevitable disqualifications.

The desire to earn more often leads people to rush through the surveys so they can complete more. But that creates red flags and may lead to inconsistent answers. No one is willing to pay for responses that don’t appear to be thoughtful. So, there may be a valid reason behind accounts being shutdown.

But, I will say that I was a little put off by the super low rating that QuickThoughts has on the App Store of 3.6 out of 5 and the poor rating they have on TrustPilot.I always try things out for myself rather than accept other reviews, either positive or negative, at face value.

Overall, my experience with QuickThoughts hasn’t been terrible. But I definitely don’t think it’s your best option either. Is it a legitimate website? Yes, I’m comfortable that it is based on earnings promptly credited to my account and also many people saying they’ve earned gift cards and received them quickly.

But the site is a little glitchy, and there are nowhere near the number of surveys I was hoping to find, Both of those factors limit earnings. Add to that one form of distribution, and I know I won’t be keeping this app on my phone. Being able to complete surveys on the go is great. But many survey sites today either have mobile apps or the website is responsive.

So, there are a lot of mobile options. One that I really like and find ideal if I’m out and about is Crowdtap. The Crowdtap interface is super user-friendly. Another convenient factor is that there are no long surveys that could be tough to complete while standing in lines, or whatever.

Most of the time, you answer individual questions one at a time on Crowdtap and earn points for each item. I’ve collected several Amazon gift cards with no issues whatsoever.

The Positive Things About GoodThoughts 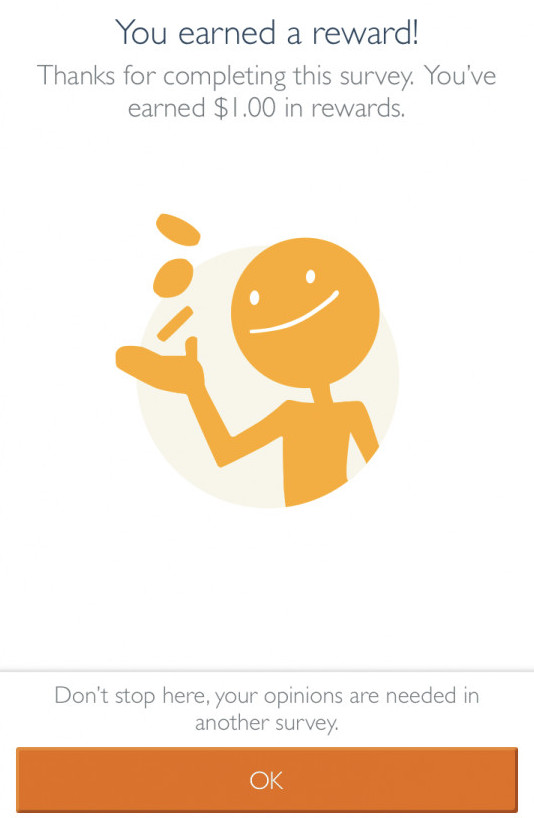 The Not So Positive Things About GoodThoughts

If your search for “What is the QuickThoughts App?” led you here today, I hope I was able to satisfy your curiosity and help you make the best decision for you. As mentioned above, I’m confident that this App is legitimate. Depending on your location and personal info, your experiences may be much better than my own,

If you do decide to give it a try, I would love for you to come back and share your impressions of this App.

There are positive aspects to survey sites like the ability to earn some helpful cash fairly quickly. Choosing platforms with lots of surveys and low cashout thresholds can really help.

In all honesty, I feel like I can spend my time far more productively. I’m incredibly grateful to have found a far superior approach to online earnings. If you have a desire to learn the secrets of building a sustainable long-term income, you should consider the educational platform I use.

I can’t imagine a better time than right now to reshape your future!

We would love to hear from readers who have tried QuickThoughts. If you have a favorite survey site that has worked well for you, will you please share it below? 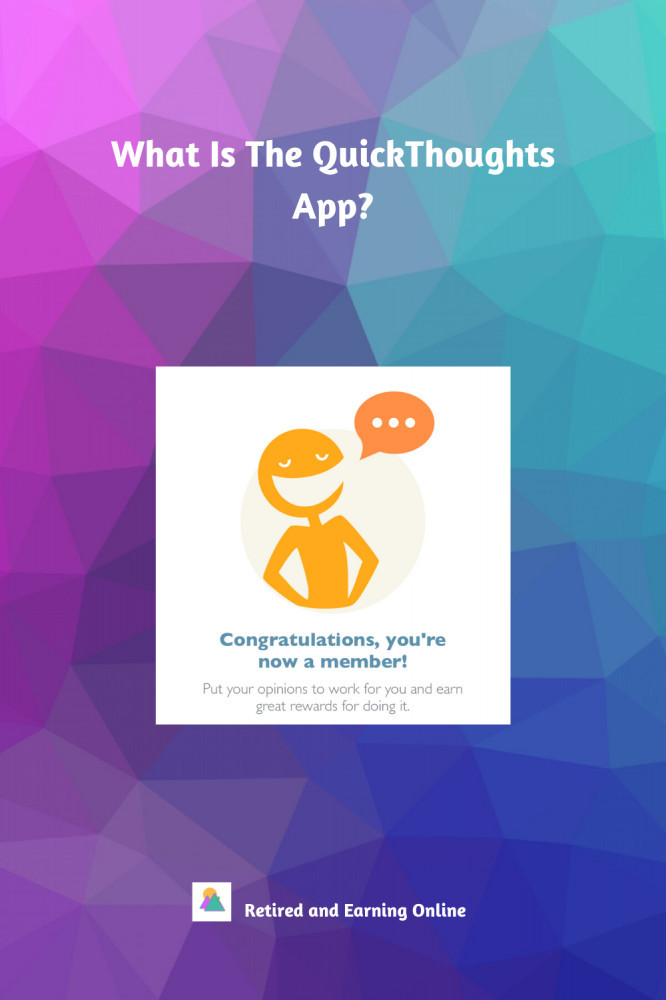 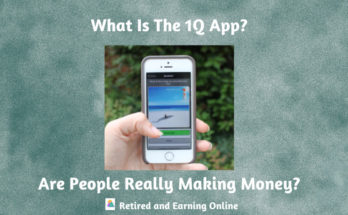 What is the 1Q App? Are People Really Making Money? 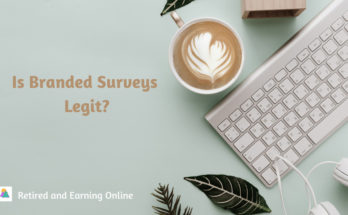 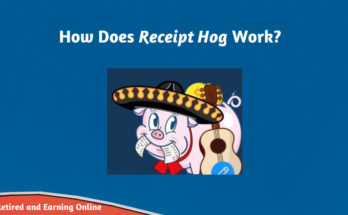 How Does Receipt Hog Work? Can It Make You Some Cash?

Hi, Folks. Thanks for visiting my site, and I hope you enjoyed this post. My name is Linda, and I'm the owner of Retired and Earning Online. I started my online business after taking early retirement from Corporate America, and it's been amazing! Now I help others start their own business. I joined my #1 recommended training program and learned how to start my business for FREE. I invite you to do the same! Let's make money online!

View all posts by Linda →

4 Comments on “What is the QuickThoughts App? Can You Make Your Opinions Pay?” 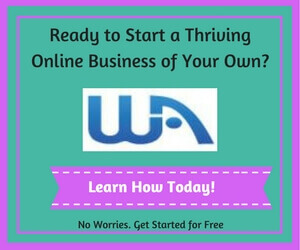 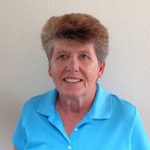 I retired from the corporate world in early 2015 and I now work from home on my schedule. My goal with Retired and Earning Online is to help fellow retirees and all you retiree “wannabes” learn how to make money online and improve your lives. I sincerely hope you find my tips helpful.

You should know that my site contains affiliate links. You can read more about me here.

What is the 1Q App? Are People Really Making Money?

How Does Receipt Hog Work? Can It Make You Some Cash?

How Does the Getupside App Work? Can It Make You Money?